How to Get Your Athletes Out of a Slump: #MT30 Day 18 Mini Training 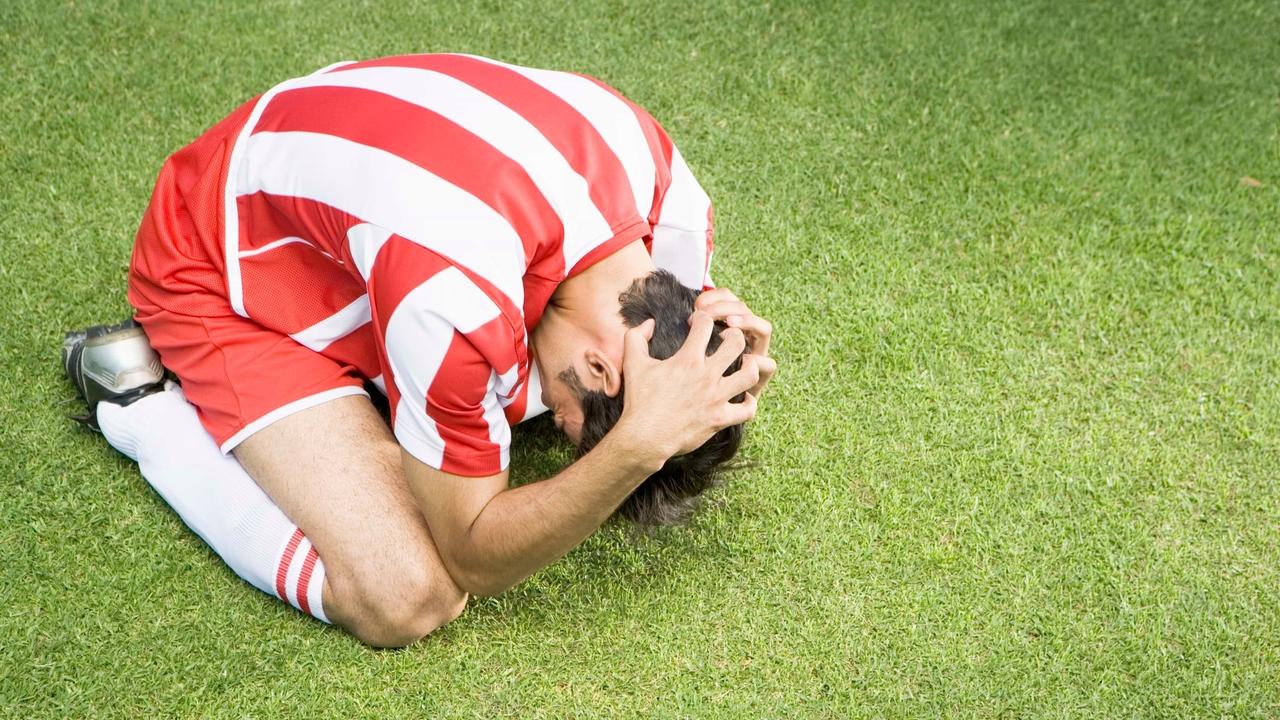 The dreaded slump. Is there anything worse?

Whether you‘re the athlete in the middle of it, frustrated because you don’t know where to turn, or a coach, parent, or teammate watching from the sideline and feeling helpless, slumps suck!

The truth is, it doesn’t matter how talented or experienced you are...

Slumps hit all sports and all athletes.

But there are solutions...

In the past three days, I’ve worked with two athletes experiencing slumps. Unfortunately, coaching athletes out of their slumps isn’t unusual. Far from it. Slumps are very common, and they don’t discriminate; they hit every kind of athlete, no matter their sport, gender, seniority, age, or skill. Here are the stories of my two latest slump-stricken clients:

Jack is a 17-year-old baseball player who had an amazing junior year on the plate. He batted over .300 and set his sights on a college scholarship. Then senior year came and he experienced a few rough at-bats, starting worrying about that college scholarship, and before he knew it, he was spiraling down into a slump! It happened just like that. A few games into his senior year and suddenly being a great hitter was something in his past. Game after game he kept telling himself this would be the game he’d snap out of it, but every time he got to the plate he felt that familiar fear and self-doubt creep in, a feeling absent in the year before.

Then there’s Mackenzie, a 14-year-old basketball player who, despite a great performance in offseason workouts with her club team and personal coach, started the season shooting poorly. At first, she figured she was just getting used to her new teammates and adjusting to the new system her coach had implemented. But her poor performance continued, and she started worrying that all her hard work last summer had been for nothing. All those shots she got up just didn’t seem to be paying off. That was when she stopped shooting and relegated herself to being a role player.

What happened to these two athletes isn’t unique. In fact, it’s likely that if you’re an athlete, you have had a similar experience.

So, what can you do if you feel a slump coming on or if you’re in one already?

5 Steps to Getting Out of a Slump

Remember the definition of crazy? “Crazy” is doing the same thing over and over again and expecting a different result. That’s what most athletes do when they get in a slump: They try everything they know of to get out of their slump, but nothing works. Then, because they don’t know what else to do, they just keep doing the same thing, getting more and more frustrated with their lack of positive results. This adds to the negative emotional component and makes the slump even worse.

The first step I take with athletes is to ask them if they are willing to try a new way out and admit that their way isn’t working. It’s sounds silly that this step needs to be taken but unfortunately, sometimes athletes aren’t willing to change their ways because they’ve become comfortable with their situation (see step #4).

Jack can’t swing the bat harder, and Mackenzie doesn’t need to play harder to shoot better. Now, this isn’t to say that working hard, putting in extra effort, or getting in more practice can’t help. It can. But it’s also not the sole solution. Mackenzie should definitely get on the court and work on her shot, but in the game? “Trying to break out of a slump” is likely going to make Mackenzie and Jack’s game worse, and so the cycle continues.

Stop over-trying and just play the game. You are where you are for a reason—like Jack and Mackenzie, you were selected, drafted, picked by your coach to play on the team because you’re skilled. Your athletic training will help your body react when it’s supposed to as long as your brain doesn’t get in the way. Try hard, but don’t over-try and don’t over-think. Just play.

When I work with clients, I help them break their slump-cycle in a number of ways. One way is through guided visualizations. Guided visualizations are one of the options we provide in our one-on-one calls. Another way is by breaking their negative self-talk loop. Here’s what that looks like:

Jack gets up to bat. He tries being confident by telling himself he’s a great hitter, reminding himself to see the ball, etc., but he doesn’t actually believe he’s a great hitter (even though he’s saying the words) so his mind is already distracted. Then he strikes out and the negative self-talk starts: “Here we go again, my teammates aren’t going to want me in the line up. How embarrassing is it going to be when my coach takes me out? What is wrong with me? I suck.”

You get the point. This cycle can be broken in a few ways, by practicing guided visualization, or using a reset word (a trigger word to help athletes bounce back from failure, play in the present moment, and get off ‘the negativity train.’)

Athletes can also learn to focus on something else. Here’s an example of what I mean:

Jack used to be able to tell himself he’s an unstoppable hitter, but he hasn’t been performing well recently, so telling himself that he’s unstoppable feels unauthentic. So what is something else he could say that IS true and motivating? How about “I’m a really hard worker and I give everything I have to the game at every at-bat.” This is something that is true and positive that can stop the negative train in its tracks. If you’re prone to negative self-talk, give visualization and reset words a try. If you need help, talk to your team coach or mental training coach for guidance. Or enroll in one of our mental training courses, Mastering Your Self-Talk which focuses on building lasting confidence using positive self-talk, or Competition Mastery, which teaches athletes to build resilience and consistency to compete at their best.

This is a bit of a surprising fact of slumps and something most athletes might initially resist. Athletes don’t necessarily like being in a slump but there is comfort and familiarity to being apathetic. Even more, oftentimes athletes in slumps are given a lot of extra attention. They also might relish in the drama or the struggle; they now have something to focus on and a problem to solve.

These feelings don’t usually manifest on a conscious level—after all, no one would really admit to liking a slump—but it’s important to remember these deeper psychological aims since they could be a huge barrier to actually getting out of the slump.

By doing a little digging, you may be surprised to find that, deep down, you don’t really want out of your slump. When you can admit that, you can identify why you don’t want out, and that’s the start of true improvement.

5. Stop caring about what you want.

This is the number one thing athletes need to be able to do to break out of the slump: They have to remove the emotions and the fear and the expectations. Take Jack, for instance: much of his slump was brought on because he wanted to play in college. He stopped playing for fun and enjoyment, and started caring a lot (too much) about the results alone. When the results he wanted didn’t manifest, he only wanted them more. The more he wanted them, the more elusive those results became.

Truly, the only way to get out of the slump is to stop caring about the slump! Laugh about it, see it as an opportunity, and bring lightness to it. Whatever you do, don’t let your slump make you overly concerned with your performance. You’ll end up caring too much, and effectively suffocating your game with love.

Those are my 5 steps to getting out of a slump. These methods are ones I’ve used with hundred of athletes to get them back on their game and I invite you to try them for yourself. But I’m also interested to hear from you….

When was your last slump and how did you conquer it? 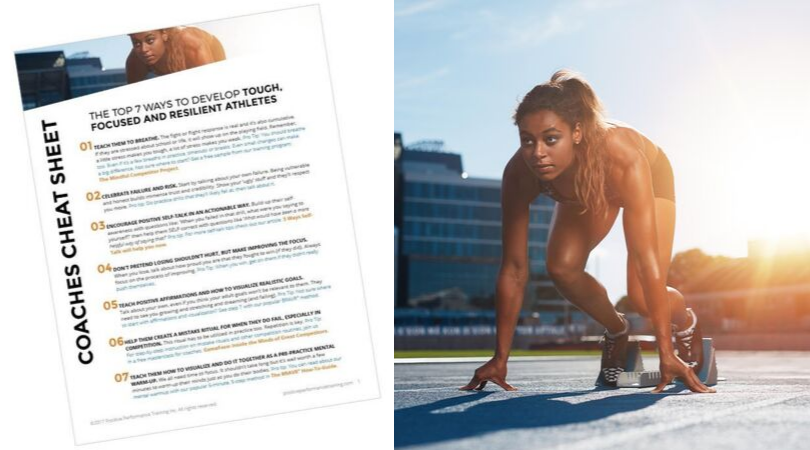