Using visualization to crush the next pitch 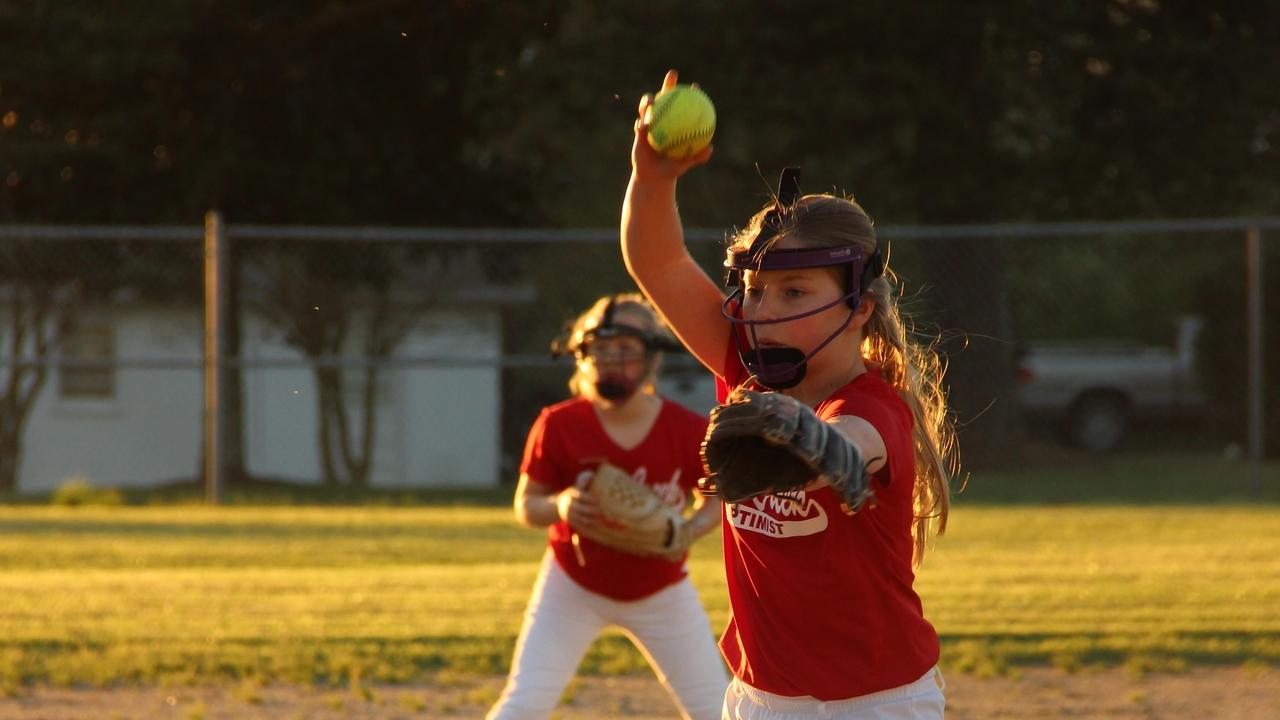 Coaches, have you ever had a hitter who puts in the work, does extra reps, and who genuinely cares?

Yet she continues to spin her wheels and her progress is slow at best, leaving both of you frustrated. However, she still has moments of brilliance that keep her going and reaffirm to you that she, indeed, can do it.

Knowing she’s capable, you push the fundamentals in practice and do everything possible to prepare her physically for competition. But nothing much comes from it.

So, what’s the next step?

If we were to poll all the softball coaches reading this, it's likely that most of us would say the mental game is incredibly important. Yet, when we examine the time spent working on our mental game each week we find we’re severely lacking.

In the game of softball, I find that hitters most often lose out on the full benefits of mental training mainly because there are so many of them. Addressing the team as a whole with generalized mental training is a great start, but there has to be a better way to specifically work with hitters.

I believe the most effective way to reach a hitter is to personalize their mental training by helping each player understand the training as it applies to them individually.

Coaches: Each of your players is different, and they arrive to the team with a set of experiences that shape them. Those experiences may filter or alter the message they hear from you, even if you deliver it equally to them all.

My advice? Train them one-on-one. Show each player the specific places in their game that will benefit from mental training.  It takes diligence and more time to connect on a one-on-one basis with each hitter, but the dividends of having mentally tough hitters in the lineup and on the bench are worth the trade-off.

Assess the mindset of your player. Ask her:

Once you understand how she ticks, it’ll be much easier to identify the thoughts, emotions, and habits you want her to replicate. One hitter told me she wanted to be loose and focused come game time, but when that time came she overdid it on focus and forgot to be loose! Once she realized what she was doing, she was able to see that she was replicating a mindset that would never bring her the results she wanted.

Light bulb! After you determine your hitter’s ideal mindset,

Her mindset is in place, but what’s going through her head when the ball is on the way? Ask that question. You may get a shrug of the shoulders and an “I don’t know,” but don’t let her off the hook!

Have her start to observe what is actually happening. Is she thinking about too many mechanics? Is she gripping the bat too tightly in nervous anticipation?

This is a good time to again identify what she was thinking in her best game. The typical answer is that the mind was quiet or focused on one thought or phrase that was keeping her in the moment.

Process is often where I find hitters to be the most rigid (outside of mechanics, of course). They determine what they want to be thinking, and then resist any change whatsoever to this process, thereby not allowing themselves to grow.

A great example of this rigidity is a hitter who refuses to examine the type of pitch she’s swinging at. Her reasoning might be along the lines of “I just like to see the ball and hit it. I don’t want to think about anything else.”

What she doesn’t recognize is that she needs to alter her focus in order to make an improvement in her strategy at the plate. “See ball, hit ball” is a good process to use when in the box; however, knowing what a pitcher is throwing and choosing to look for a specific pitch to attack will also enhance that process and make it look something like this: “See screwball, hit screwball.”

By taking the time to take one step back, she can learn a new skill that will advance her several steps forward.

One coach used this analogy:

“If I drove a bus for several years and someone handed me the keys to a sports car, I would definitely be uncomfortable driving the sports car. It handles differently and takes a different kind of precision. However, after driving my new car for a couple of weeks, I realize the power and potential of my new machine, and I can take off in ways I never could while driving the bus!”

Visualization is an incredible tool that many hitters never learn to harness during their at-bats. Whether they’ve seen the pitcher before or not, they can observe her style by watching the hitters ahead of them, and then visualize their hit based on:

Many hitters go into the box with an idea of the pitch they don’t want to swing at and cling to this picture out of fear, which in turn programs their eyes to look for this “bad” pitch instead of looking for a strike.

The hitter knows the pitcher has started all of the other right-handed hitters with a curve ball for a strike to get ahead. She also throws a drop and a changeup that she only throws when ahead in the count. So the pitch the hitter can expect to see for a strike is a curve.

Before stepping into the box—whether in the on deck circle or just outside of the box—the hitter can visualize the curve for a strike and see herself driving the ball towards Right Center Field. If the count progresses, and she needs to be ready for other pitches that may end up in the strike zone, she can then broaden her focus to look for strikes and use her pre-pitch visualization in a more general sense, such as seeing a great swing and a great result.

In both cases, the hitter is programming her mind to the result she desires instead of leaving it up to chance. After all, the brain doesn’t know the difference between real and imagined images.

The scientists found that, after 30 days, the first and second groups achieved nearly equal improvement in their ability to shoot fouls, even though group two never laid a hand on a basketball during that time.

That’s the power of visualization!

[Tweet "Show your players how important mental training is by giving it the priority of your time. "]

…then visualize some more

In between at bats, the hitter can visualize the previous pitches, and then visualize what she wants to do when she sees them again.

For example, perhaps she swung at a pitch out of the zone. She can visualize herself taking this pitch when she sees it coming again. When she steps into the box for the next at bat, she will now have “faced” the pitcher several times in her head and prepared herself to succeed!

Keep in mind, visualization should happen before the hitter steps into the box so that her mind is clear and focused on the process the two of you developed earlier. By practicing this skill, she’ll be able to do this quickly enough so as not to affect the normal rhythm of her at-bat.

Once she has a handle on these skills, help her practice them. Show her how important these skills are by giving it the priority of your time.

Developing these skills can be helpful in creating hitters that are more confident and mentally tough. As coaches, we know improvements of all kinds take time, so don’t expect a quick fix. Implementing mental training is much like weight training. It only works as long as you maintain it. If you haven’t created a lifestyle change, you will not experience lasting results.

So here’s to a team of changed lifestyles!

Coaches and athletes: Does your team need a lifestyle change?

What can you do to help that change?

The BRAVR Method™ is an easy-to-implement, 5-minute, pre- and post-competition routine that will: 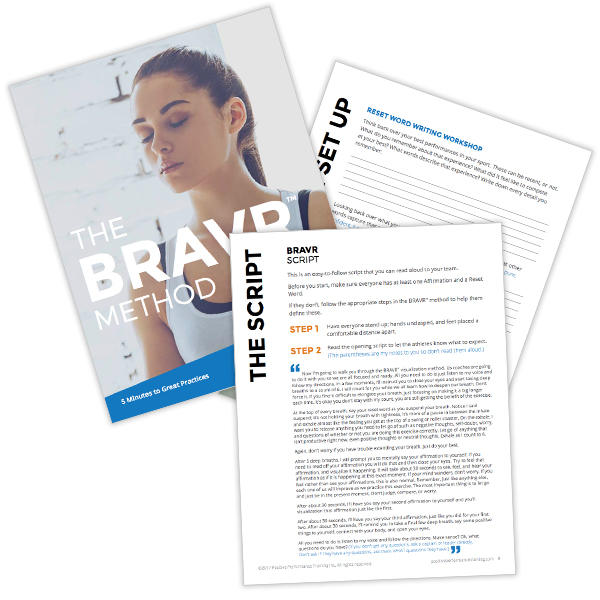