6 Steps To Evoking Real And Lasting Change In Another Person

Last week, I shared a Facebook live where I taught my method for evoking real and lasting change. Above, you’ll find the video and below a summary of this Facebook Live training. If you’re a coach and want access to more resources like this, we have a special group for you called Positive Performance Training for Coaches, and if you’re interested in becoming a mental training coach, join our group, The Mental Training Coach and Entrepreneur Community.

You can also  watch the video here in the facebook group and read the synopsis below.

Find Out If Your Athlete Is Ready For Change

How much change can you really evoke in an athlete if they’re not ready to change?

The first step to evoking real and lasting change in your athlete is to find out if your athlete wants to change. This might seem like an obvious question, but it’s very critical. As a coach, you see your athlete’s potential, know that they can change, and want to help get...

Someday is today: How (And When) To Leave Your 9-5 (For Mental Training Entrepreneurs) 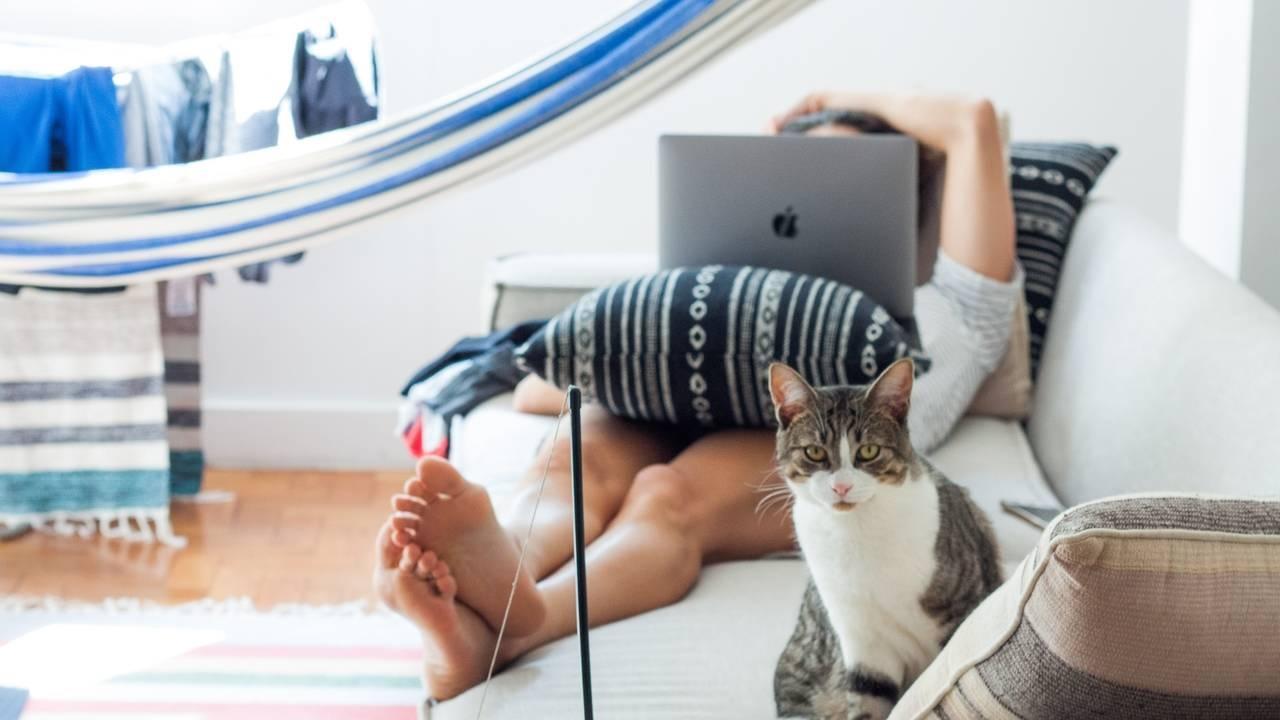 Every time I speak, a handful of people come up to me afterward, always with some version of the question, “Lindsey, I’m interested in becoming a mental training coach. How do I start?”. Here is what I tell them…

See, I believe that if you have the entrepreneurial itch, you’ll always have it. It may get deprioritized (and probably has), but it doesn’t go away. So you’ll either take action or remain a dreamer, convinced that someday you'd start your own business. If this sounds like you, I have something to say:

Now, it’s crucial for me to mention that I don’t think people should go into entrepreneurship blindly. Being an entrepreneur requires thought and planning. One of the most significant and most immediate decisions you’ll face is in choosing your entrepreneurial starting path.

One way to leap is to jump right in literally. Quit your job, clean out your bank account, and put... 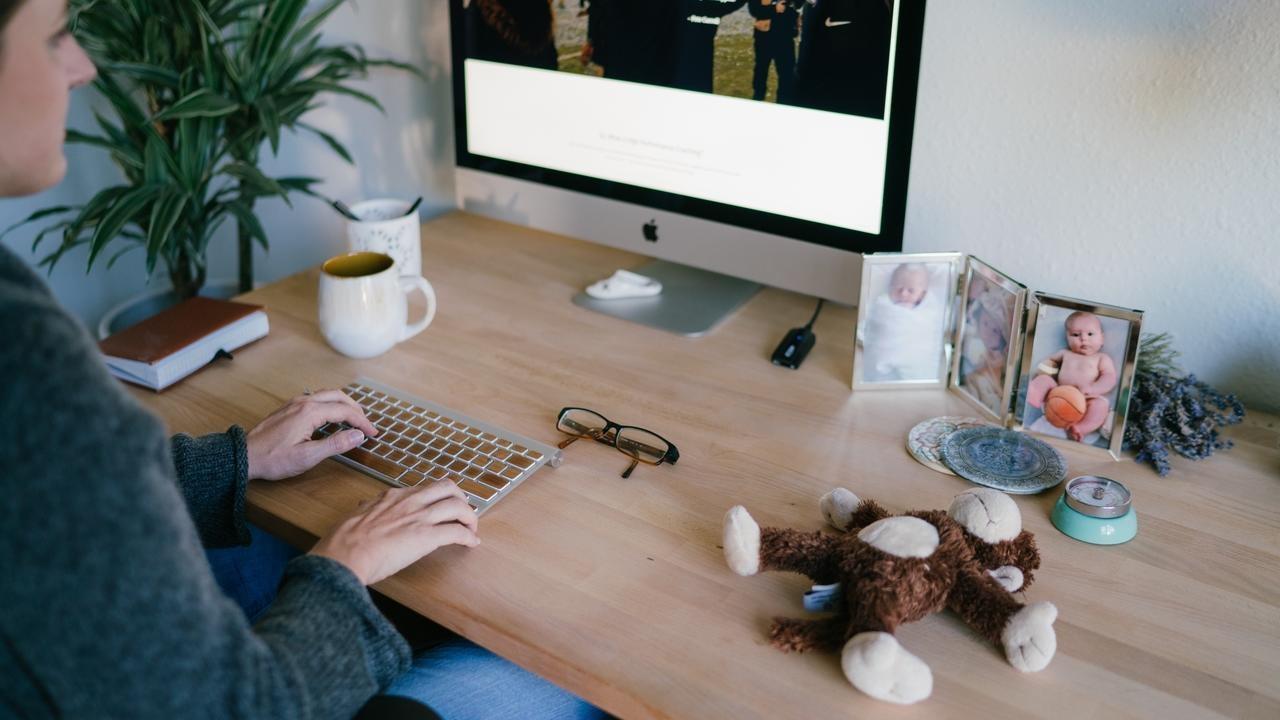 I started working as a mental training coach at 26 years old with literally NO idea what I was doing as a business owner. I had no experience in business, nothing on my resume, just hunger to forge my path in a field I fully believed in (but honestly wasn’t a ‘field’ yet).

I look back now, and I’m so grateful for my wide-eyed optimism, passion, and drive. I think without it, I may have hesitated, started thinking too much and found myriad reasons to not start working on this grand plan of mine to change the world and bring mental training to the masses.

However, the downside of not knowing what I was doing, was increased and unnecessary struggle. To some degree, all entrepreneurs have things they look back on and wish they had done differently; that’s just part of the journey. As they say in advertising, ‘50% of the money you are spending is a waste; you just don’t know WHICH half.’ I think that is true for...

8 Reasons no one cares you’re tired: Letter from an Olympian 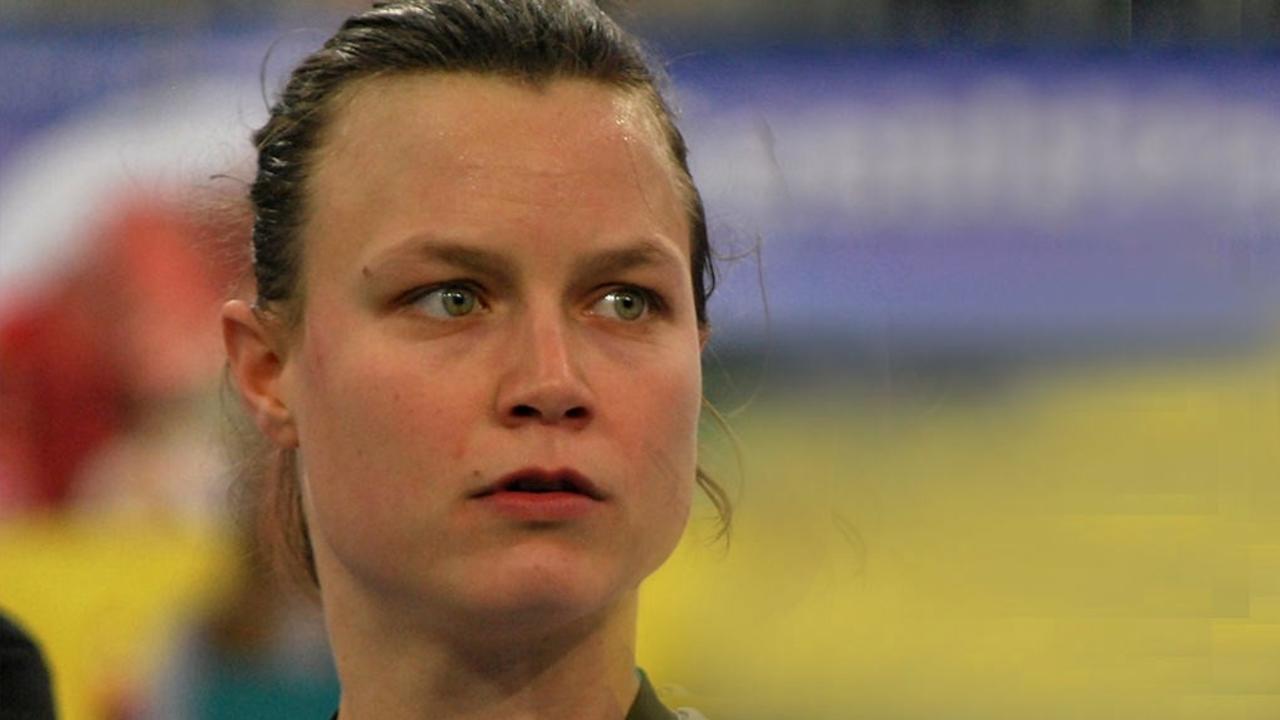 Note to Coaches: As you've probably noticed already, sometimes your athletes need to hear a different voice than yours; and who better than an Olympian? We asked Olympic Silver Medalist, Courtney Thompson, to share her perspective on fighting fatigue in athletic performance. Share her message with your team, and read all the way to the end of the blog for another actionable tool to drive these principles home.

Most of us respond to fatigue by getting frustrated and feeling bad for ourselves. We let our fatigue take us out of our game and into a mindset that isn't helpful to us or our team.

Luckily, I have a few tips you can use to help get out of that destructive thought pattern and back to focusing on becoming the best athlete you can be. It may sound harsh, but here are:

8 Reasons no one cares you’re tired

The fact of the matter is you play a team game, even if it’s an individual sport, and as a teammate...

The Mindset of Confidence 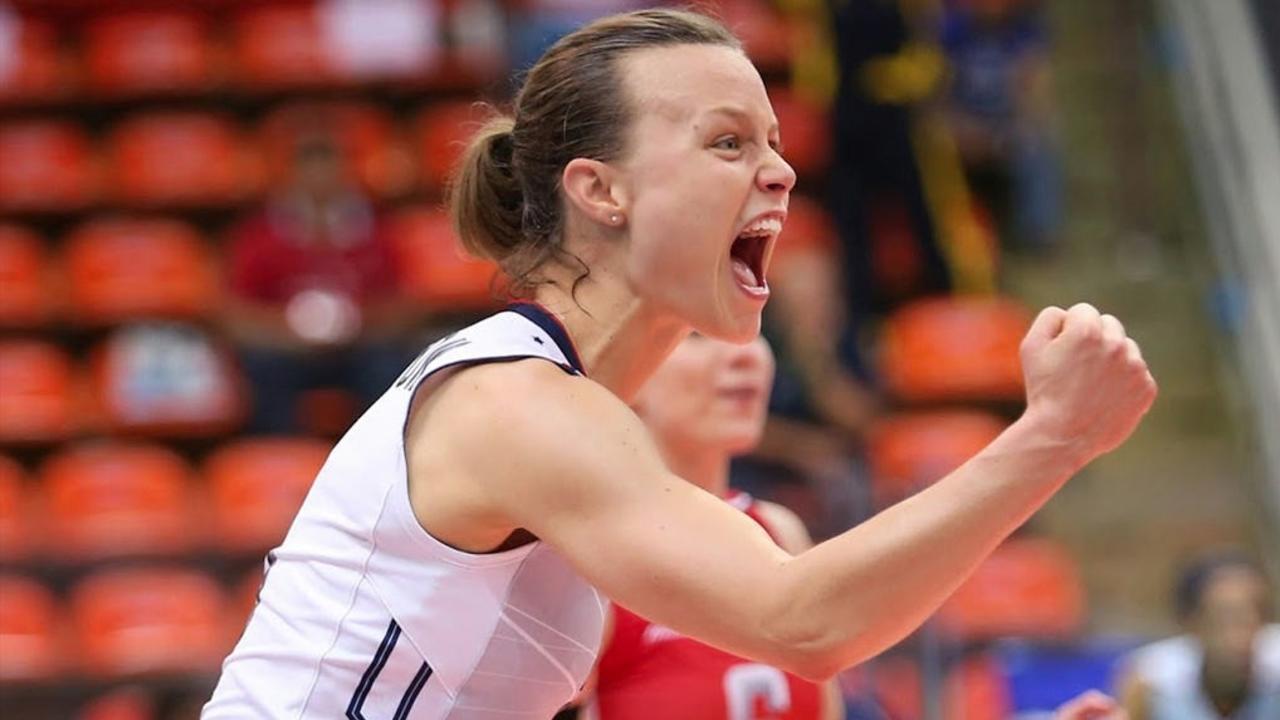 "Confidence is simply that spiritual space where you feel free to focus on only those things you can control.” - Jerry Lynch, The Way of a Champion

When I was a younger athlete, I believed that my accomplishments would lead to confidence.  That if I did this or accomplished that, I’d walk around with confidence all the time. I remember looking at college athletes, and later, Olympic athletes and thinking, “Wow, they must never doubt themselves or get nervous in a game. They must not mess up during a play they’ve done correctly 1,000 times in practice.” I assumed that if you were ‘that good’ or had accomplished ‘that much’ you were past having to struggle with confidence.

But it’s not that way at all.

What I’ve learned from playing with and against some of the best players in the world, and also from being around multiple high-level athletes from several Olympic sports, is that your confidence...

Solving Your ‘Parents’ issue: Creating a value-based culture to transform your program 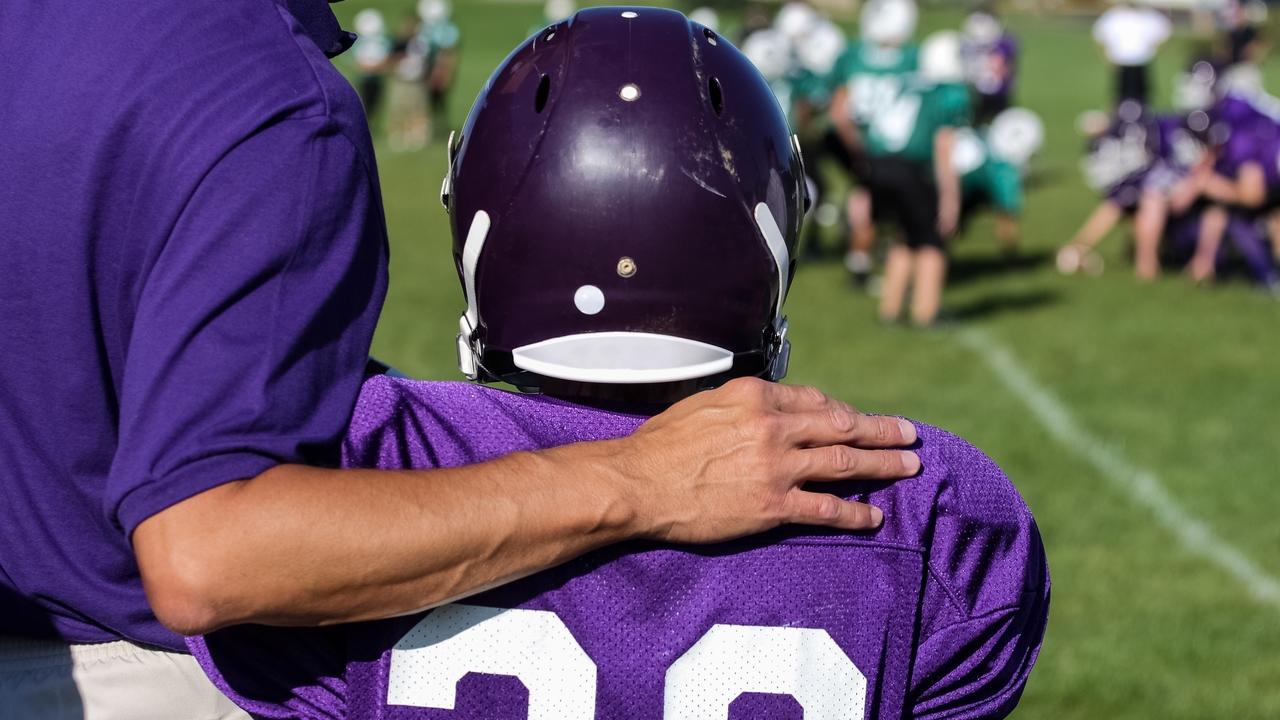 Culture has the power to build or break you as a team. It is the x-factor when the competition is tough, and the framework that holds every decision and every behavior on your team to a high standard. But how do you create a truly bulletproof, values-based team culture? And, the bigger question is, how can you create a team culture that extends all the way out to the parents?

We sit down with expert, John O’ Sullivan, an internationally known TEDx Speaker, and the founder of the Changing the Game Project, to discuss the following topics (and more!):

When there is an issue with parents, it typically comes out of fear. Fear for their kid that they won’t get playing time, that their hard work won’t be rewarded, or that the coach isn’t being fair to them. Irrational reactions, aggression, emotional outbursts, and unproductive communication methods typically stem from an emotional response to fear.

As a coach, you can combat fear by providing...

5 Ways self-talk will help you now! 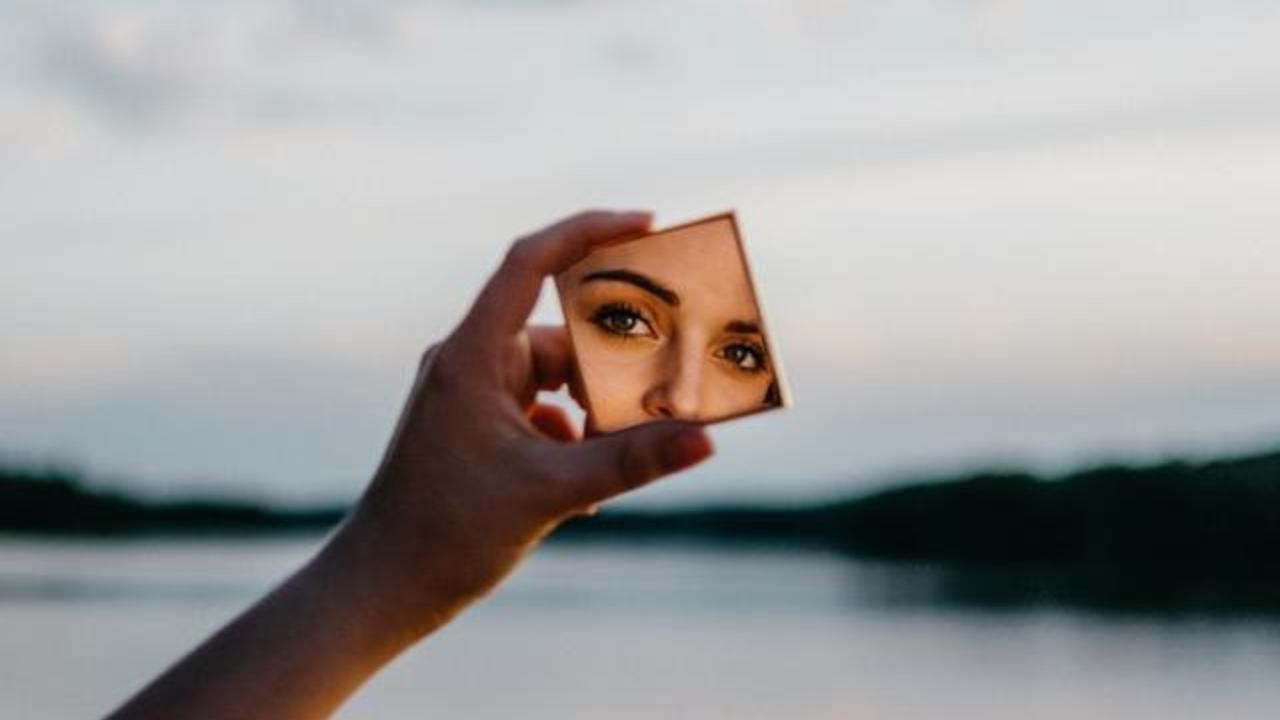 “You should exercise unrelenting discipline over your thought patterns.  Cultivate only productive attitudes… You are the product of everything you put into your body and mind.”  -I Ching

In my experience, it’s pretty safe to assume that everyone wants to be confident.  No matter what you are doing: Playing a game, giving a speech, on a date, or taking a test at school, it’s going to be infinity more enjoyable when you feel good about who you are in that moment. In other words, confident in your own skin.

I know from personal experience how painful it is to NOT be truly myself in a given moment. It’s a feeling, in my opinion, significantly worse than losing or failing or any of the things we spend time worrying about.

What I want for you

This is my challenge to the athletes I work with: Fight and work towards being your true self, nothing more and nothing less, in every environment you...

How Coaches Can Make Small Communication Shifts for Big Impact 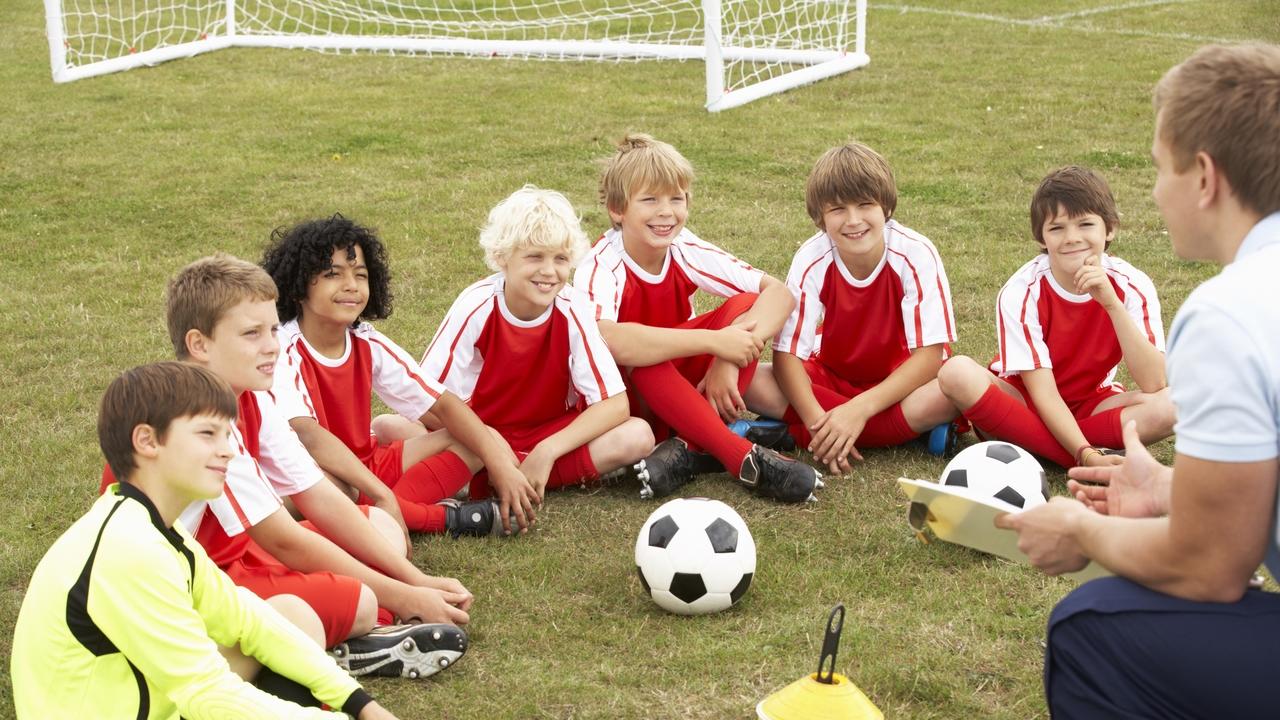 We sat down with communication expert, Betsy Butterick to discuss how you can make just a few small changes to communicate with your team in a positive, constructive way that nurtures growth. You can watch the entire interview here and read about he interview below. Here are a few highlights:

This is an in-depth coaching masterclass, so buckle up and get ready to learn from Betsy!

Betsy began our interview by teaching us the very actionable strategy and high-power impact of communicating with athletes in a positive way. Namely, she discussed how coaches can reframe negative feedback and rephrase it in a positive way. By sending a positive, constructive message, you can create change and increase...

3 Simple Tricks to Increase Competitiveness in Your Athletes 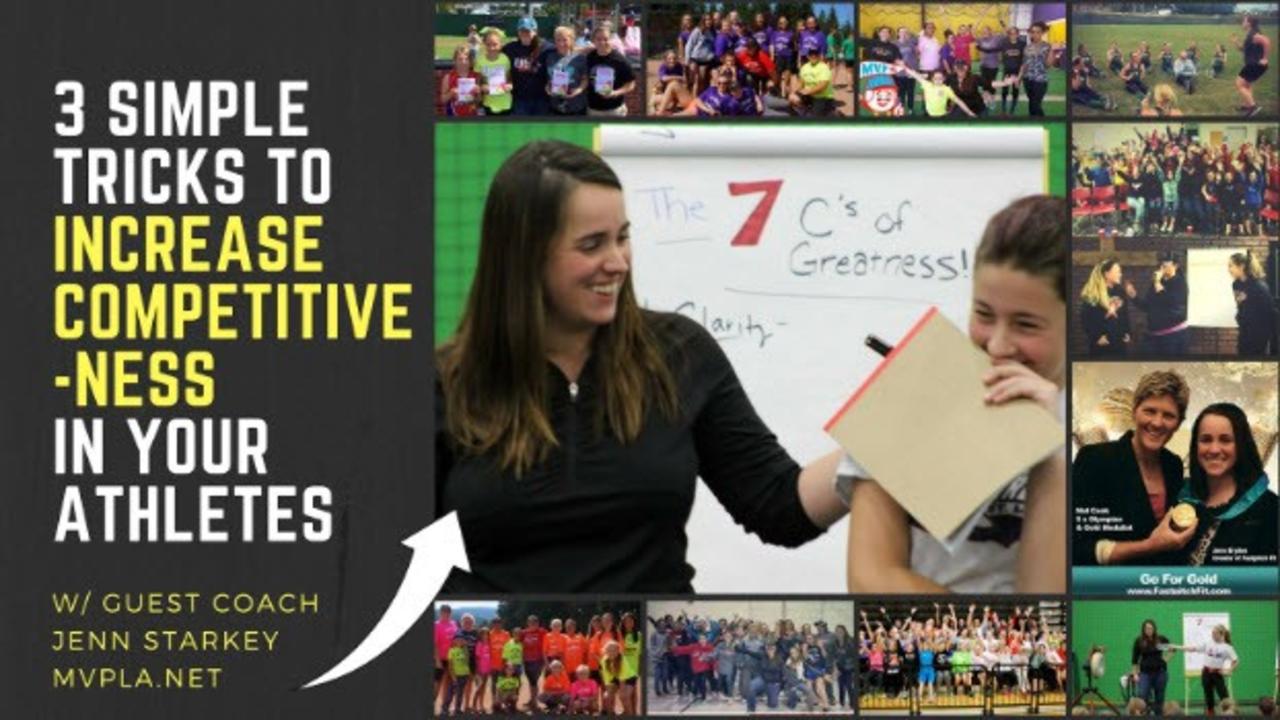 Everything is going well until… it isn’t. Then what?

The thing is, you know and I know, that your athletes are going to STRUGGLE at some point- one mistake is going to turn into 2, 3, more? You will likely lose, an athlete will be in a slump. Someone will get injured and another will just have an 'off' day.

So if we KNOW this is going to happen, why not have a plan for when it does? In this information packed interview, I team up with Fast Pitch Fit founder and mental training expert Jenn Starkey to talk about how athletes can use her 3 simple hacks to get them back to a strong, competitive mindset when things aren’t going their way.

Her exercises demonstrate the true power of visualization and mental training and her way of teaching is truly special. (this will be a GREAT video to share with your athletes).

Watch the video, and take her lessons back to your team to show them how the smallest mental adjustment can mean the difference between a foul ball and a home...

The Top 4 Reasons You Don’t Visualize 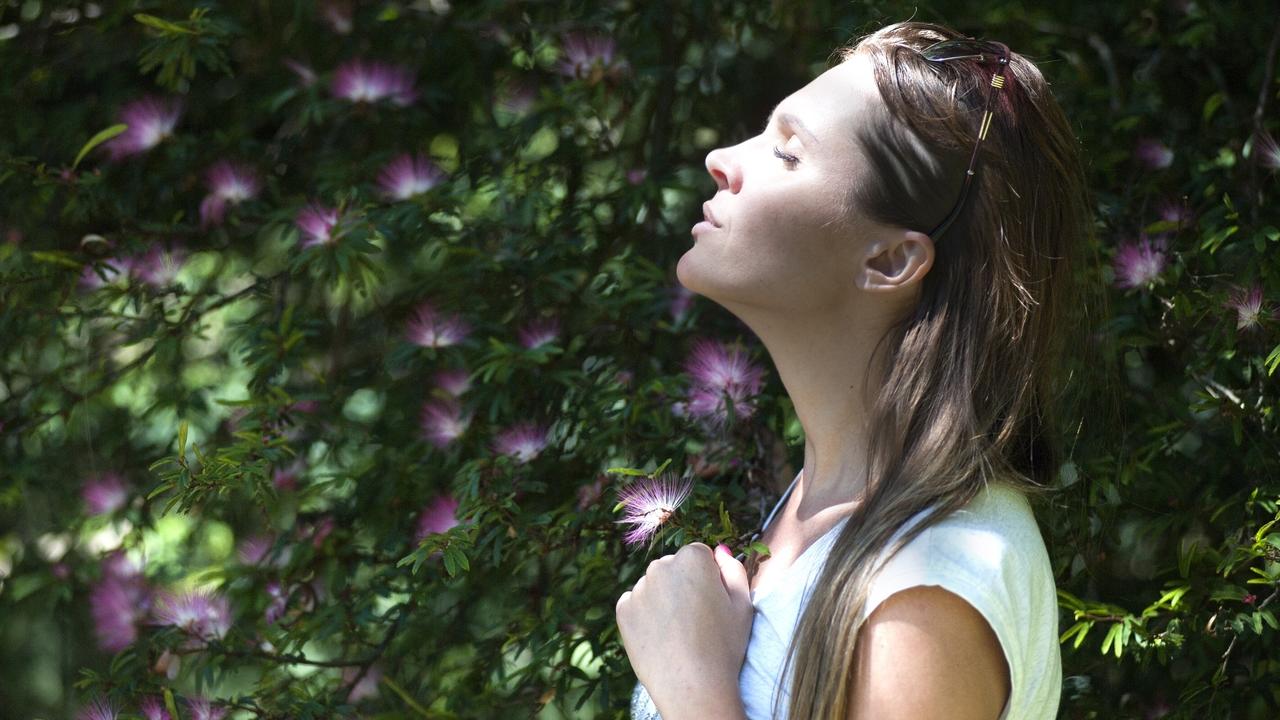 “I’m bad at visualization,” said a young tennis player I've been working with recently. I get this a lot. In fact, I would say about a quarter of the people I work actually verbalize this statement out loud (there's no way to know how many people believe it but choose not to say it).

So, I wanted to take a little time to talk about visualization, to break it down a little further. After all, visualization is one of the most powerful tools you have for training your subconscious to achieve what you say you want to achieve. And it's not just for sports, it's a highly valuable tool for all parts of your life. Research has shown us this time and time again.

If you are a coach, parent, or an athlete, not only should you be utilizing visualization to help you achieve your own goals, it should be the backbone of your mental training program.

With all this on the line, why isn’t everyone utilizing this powerful (and super simple) tool?

There are a few common myths...